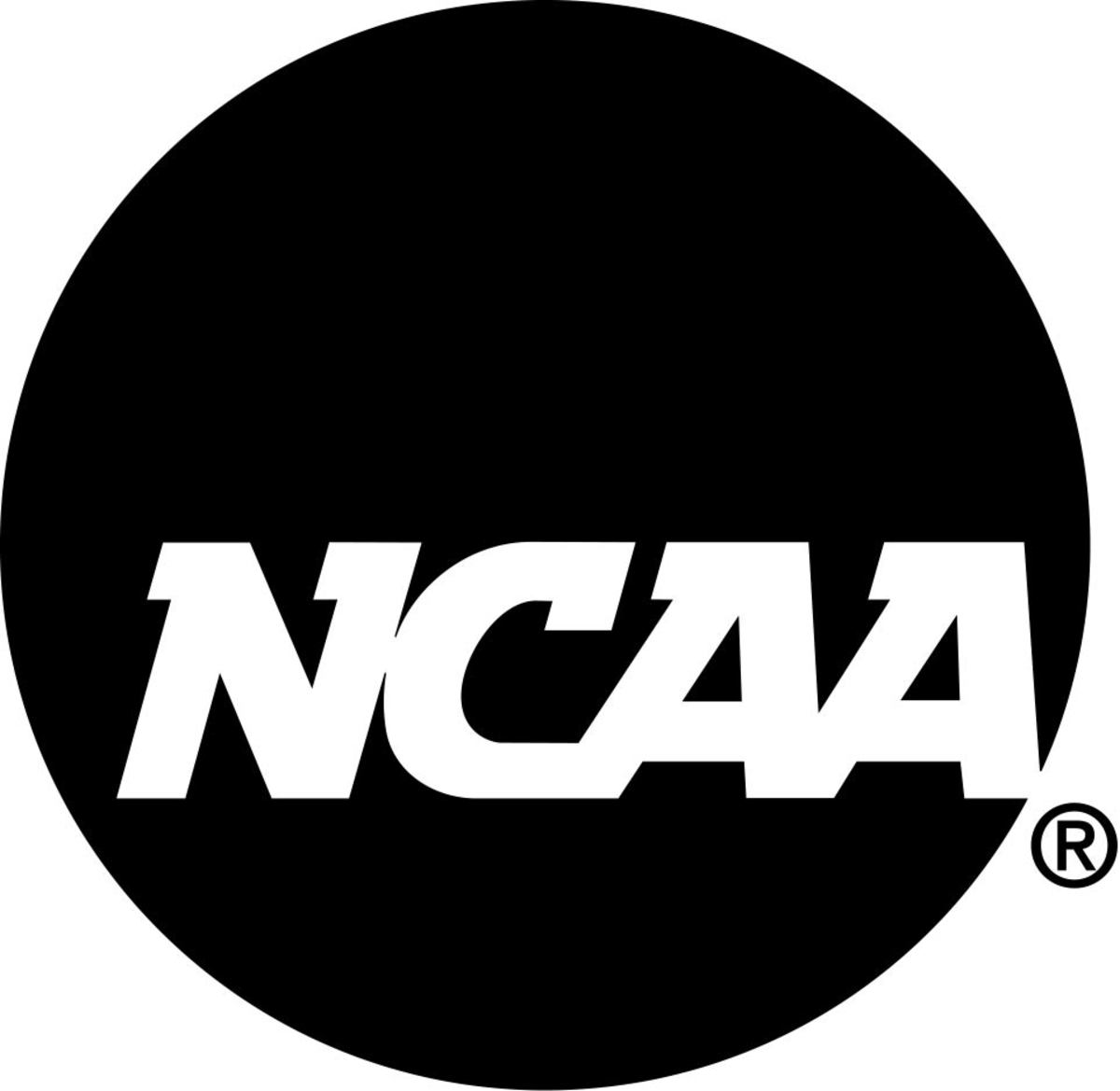 Christopher Walsh’s All Things CW notes column will appear in five parts this week, one each day like Alabama. The Crimson Tide is enjoying a bye week.

It was a week when the animals are restless, the birds don’t sing, and the water level changes unexpectedly.

For those who don’t know, these are the warning signs of an earthquake, and not to downplay how a real person feels or the very real damage that often occurs, it’s kind of like coming to a college football game.

That’s the thing about earthquakes though, they vary in size and intensity and you’re never quite sure when they might happen.

Even in the Southeastern Conference, there have been plenty of rumblings, the kind that make you think there’s probably a lot more under the surface. We won’t cover all the controversial news and updates coming out of Auburn, Tennessee and Texas A&M lately, but if you want to check them out:

Chestnuts: Bryan Harsin tells players who want to redshirt that they have to enter the transfer portal or leave the team

Tennessee: Tennessee football was given an extension by the NCAA due to the Jeremy Pruitt recruiting scandal (a postseason ban for this season is almost impossible).

Meanwhile, the changing landscape of college football, from conference realignment to the expansion of the College Football Playoff, has taken a backseat to the current 2022 season being played.

Meanwhile, in the week that former running back LenDale White revealed that he once received $150,000 in cash in a bag in Southern California, the NCAA Division I Board of Governors voted unanimously to clarify how schools can engage in activities related to the name, image and likeness. of enrolled student-athletes in their dorms.

There wasn’t much new or surprising in the announced “guidelines,” but the NCAA has made it clear that it will not allow NIL offers to be used as recruiting incentives, pay-to-play or performance-based compensation. .

You know, the stuff Nick Saban complained about during the offseason.

“Employees of the school also cannot be employed by or have an ownership interest in the NIL entity,” the NCAA said. “Schools may also ask donors to provide funds to teams and other NIL entities, provided schools do not request that these funds be directed toward a specific sport or student-athlete.”

This can be an organization that gives schools a chance to redirect some of their efforts and change the way they are directly involved in collectives.

The key will be what the NCAA could do to back it up.

“The new guidelines may require institutions and key stakeholders to adjust procedures, and some resolution may be necessary,” said Lynda Tealer, chair of the NIL task force and executive assistant to the director of athletics at the University of Florida.

In that respect, it was a clear warning.

Wait, did all the dogs in the neighborhood suddenly stop barking? Maybe it’s my imagination.

5 things that caught our attention this week

1) Per Ross Dellenger of Sports Illustrated, the NCAA Division I board is reviewing proposals to reassign volunteer coaching positions to full-time positions and remove salary caps for football graduate assistants. Volunteer coach status would have a huge impact in sports such as baseball and softball, where the volunteer coach would become the fourth full-time paid coach.

2) Six Star Pro Nutrition released a statement regarding its NIL deal with Alabama wide receiver Jermaine Burton, who was in hot water after punching at least one Tennessee fan following the loss at Neyland Stadium:

“The athlete in question was compensated for a short-term promotion that ended in September – he successfully performed the duties required of him. This NIL deal came and went as it was aimed at getting players to sign up offline during the #BamaRush social media phenomenon. Not every NIL deal (despite the fact that Jimbo Fisher couldn’t buy a national championship with them) is a blank check with an open timeline.

3) Speaking of Neyland Stadium, Tennessee Director of Sports Surface Management Darren Seybold had the responsibility of making all the repairs after the postgame celebration. “I’ve probably heard from 90 percent of the guys in the SEC,” he told ESPN. So we already had a set ready. We’ve had it so bad for so long that in the 12 years I’ve been here, we’ve watched a lot of goalposts come down from afar. You just kind of learn from everybody like, okay, man, this is what you’re about.” broken glass from cigar tubes.” When you first see all those cigars, how are you like, what are they all about? They fell, but then they tore. So we had all this tobacco lying around. But between the shoes and the cigar tubes… we couldn’t get over the amount of clothing. Okay, what did you do, get out of here, nekkid?”

4) Another SEC school flips a student for basketball because of how it looks on TV in Florida. It’s part of more work coming to the Stephen C. O’Connell Center, which could include a new roof that will be “solar ready” in the near future at a cost of $7 million. Alabama plans to do something similar if and when they build a new basketball arena.

5) There have been five coaching changes in the FBS during the first month of this season, compared to eight before November 1 last season, but only one in 2020 and 2019.

AFCA Executive Director Todd Berry: “The transfer portal and the NIL have a huge impact. I don’t think any of our coaches will be surprised because it’s one of the things we’ve talked about that is likely to happen. The athletic directors are concerned that if they don’t make a move now, the players will enter the portal because of frustration with the coach or frustration with not winning, whatever it is. So they have to do something soon.”

Sports IllustratedPat Forde noted some of the buyouts coaches have in their contracts this year: $86 million for Texas A&M’s Jimbo Fisher, $72 million for Penn State’s James Franklin, $43.5 million for Oklahoma’s Brent Venables, $42 million for Kirk Ferentz of Iowa.

• Alabama football becoming the first SEC team since 2016 to finish the regular season with a perfect league record (10-0) is even more impressive considering the Crimson Tide has only two winning seasons in the league since 1998.

• Here is hope Nate Oats to say he hopes the basketball team will be at full strength in December isn’t just wishful thinking. The last few teams have been unlucky when it comes to offseason setbacks, and the SEC isn’t any easier. Of course, the quarterback is the key player Jahvon Quinerlywho hurt his knee in the NCAA tournament opener, but even so, it will probably take him a while to get used to all the new faces around him.

• It was a rough month for her Tagovailoa family. TuaThe concussion situation made national news, but many fans overlooked it Taulia, who is also a former Crimson Tide quarterback, was carted off the field two weeks ago during Maryland’s game against Indiana. He appeared to have re-aggravated the sprained MCL in his right knee that he originally suffered earlier this season, but will not suit up to face Northwester on Saturday. After setting numerous program records last season, he has passed for 2,001 yards with 13 touchdowns and five interceptions so far this season. Maryland is 6-2.

• The media inexplicably picked Alabama 10th in women’s basketball at SEC media days. The coaches had the Crimson Tide fourth in their preseason projected order of finish. Not only has the media completely missed the boat on this team, the coaches may have been overly cautious. That’s not an exaggeration.

Kudos to the Missouri football team for honoring the victims of Monday’s school shooting in St. Louis in next Saturday’s game. “It’s such a shame for us to continue to have to deal with these types of stories and issues,” Tigers coach Eliah Drinkwitze said, via Mizzou Sports Talk. “For me, it’s not political at all. This is about protecting the future of our country and our children are our future. And we can’t go on living like this. We just can’t. I talked to our staff and talked to my wife about it all the time. It’s not about who’s right. It’s about what’s right. And we have to fix it.”

• The pros and cons of an expanded college football playoff

Take 3: Did Alabama’s Defense Set Records With 15 Passes Against MSU?

Take 4: 5 statistical reasons why the 2022 Crimson Tide could be better than 202