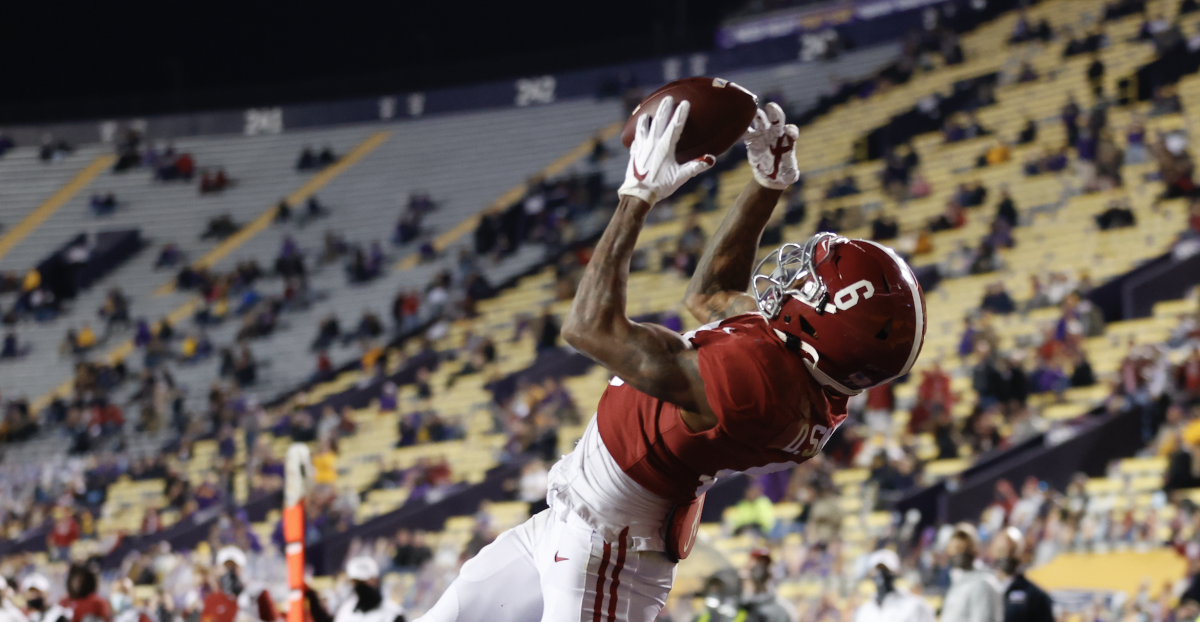 Christopher Walsh’s All Things CW notes column will appear in five parts this week, one each day like Alabama. The Crimson Tide prepares to visit LSU.

For a moment, you had to admit that LSU fans were right.

Who wants to see the coach who took your program to the highest level leave and then come back and do the same to a rival?

Of course, LSU fans were upset Nick Saban he was back in the SEC West, leading the Alabama Crimson Tide, no less.

But in the end it only fueled the rivalry between the schools and took a place that was truly unmatched by anyone else.

Since 2007, the game some call “The Saban Bowl” has consistently been the best game in college football. Granted, it may not have had the same status as some of the name matchups, and yes, the Iron Bowl has had some absolutely amazing games in the same period, but Alabama vs. LSU was the pinnacle of pure college football excellence.

• These are two of three programs to win more than one national championship in the last 15 years (Clemson is the other).

• Played for a national championship.

• Also faced off twice in the #1 vs. No. 2 during the regular season. They have met both teams placed in the top five six times.

• For years, LSU had the most players in the NFL, a trend started by you-know-who. Now it’s Alabama.

But the emotions behind the games were just as important.

Remember, two seasons before Saban came to LSU, the Tigers went 7-15. He quickly turned it around, compiling a 48-16 record with two Southeastern Conference championships and a national title in 2003. Amazingly, he was only there for four years, but before that the program had only enjoyed one national and six SEC titles since 1933.

In 2007, LSU fans arrived at Bryant-Denny Stadium early sporting purple-and-gold houndstooth hats, which only reinforced the idea among most people in Tuscaloosa that Tigers fans are pretty much crazy. LSU, with 17 of 22 offensive and defensive starters recruited by Saban, came from behind to win 41-34 and win the national championship under “The Mad Hatter” Les Miles.

That didn’t placate the Tigers faithful, though, and when Saban returned for his first trip to Baton Rouge with the Crimson Tide in 2008, things went a little haywire. Part of the build-up included the burning of an effigy.

Thanks in part to Rashad Johnson’s three hits, Alabama cruised home with the overtime win.

The Crimson Tide did the same in 2014 in dramatic fashion.

After TJ Yeldon fumble gave LSU the ball at the Alabama 6 tied at 10 with 1:13 left, Tiger Stadium announced it was asking fans not to rush the field. However, aided by a penalty nullifying what would have been a touchdown, the Crimson Tide defense held and only allowed a field goal.

After fighting the whole game, Blake Sims drove Alabama 55 yards in the final 50 seconds of possession on a tying field goal before throwing a 6-yard touchdown pass to DeAndrew White for the winning touchdown.

Of course, Yeldon decided the game in 2012 AJ McCarron screen pass 28 yards for the game-winning touchdown in the final minute.

But the Tigers haven’t beaten Alabama at home since 2010.

We doubt the fire will repeat itself this week, but expect Tiger Stadium to fully embrace everything else, especially since Saban and Brian Kelly met once in the national championship game.

See something like Julio Jones he feels normal playing against Patrick Peterson. Or Joe Burrow vs. Tua Tagovailoa (who was 21 of 40 for 418 yards and four touchdowns with an interception and a fumble just 20 days off from ankle surgery).

Or Ed Orgeron providing locker room wallpaper for the next decade with “This is our house from now on at Bryant-Denny Stadium, along with a postgame rant that was even more on edge.

Okay, scratch that. Nothing about Orgeron seemed normal.

It was also in front of a sparse crowd due to the coronavirus pandemic.

Regardless of the result on Saturday, it will be a very different set-up.

The Crimson Tide returns to Death Valley, which Miles once famously called “the place where the dreams of the adversaries die.”

What do the numbers say? The Bye Week Edition of All Things CW