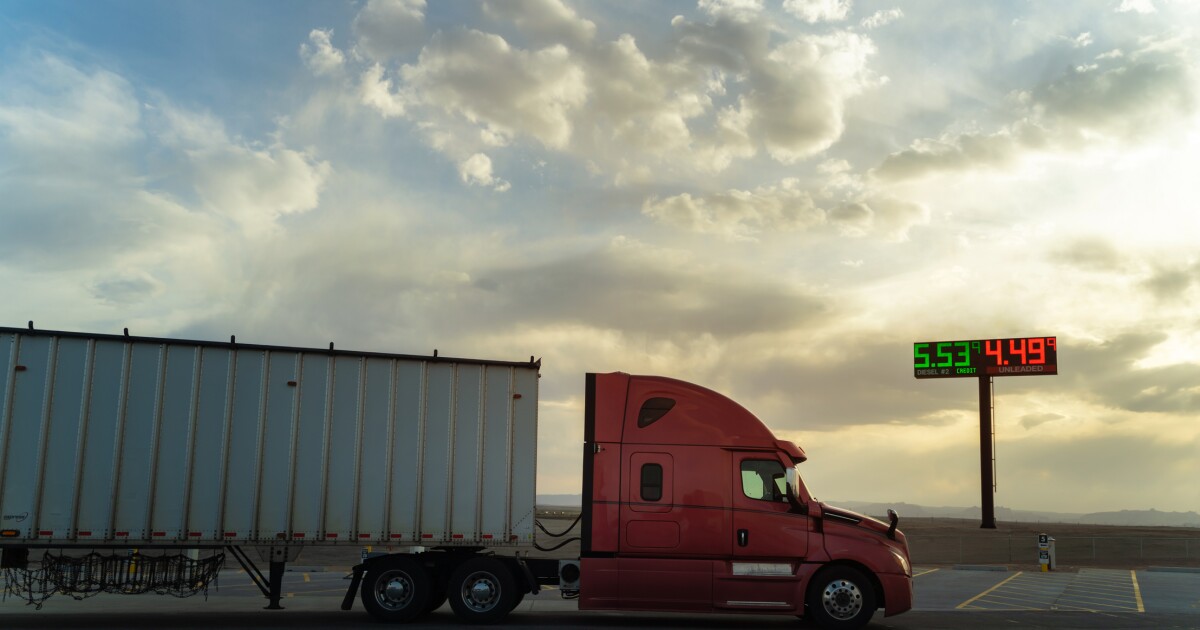 (Ton Center Square) – California truckers and environmental groups have presented their concerns about a proposal being considered by state aviation regulators to phase out sales of gas-powered medium- and heavy-duty vehicles over the next 20 years.

The California Air Resources Board held its first public hearing this week to solicit public feedback proposalwhich the board will likely consider in spring 2023.

If adopted, all new medium-duty and heavy-duty vehicles sold in the Golden State would have to be zero-emissions by 2040. In addition, the proposal outlines a phased approach to adding zero-emission vehicles to certain fleets at the state and federal level. .

The regulation is part of the state’s overarching goal of reducing greenhouse gas emissions. Transportation accounts for 41% of the state’s emissions inventories, and medium- and heavy-duty trucks contribute a quarter of the sector’s emissions, according to CARB. Aviation regulators said this was a disproportionately high proportion “given that these vehicles represent only about 1.8 million trucks out of 30 million registered vehicles in the state”.

Earlier this year, California air regulators approved new regulations requiring all cars sold in the state to vehicles with zero emissions until 2035.

Ray Pringle, on behalf of the Sierra Club, urged the board to adopt more stringent requirements and move the timelines forward.

“While CARB’s proposed rule is a good start, it needs to be stronger,” Pringle said.

Several commenters echoed similar sentiments and asked the council to take stronger action through the proposal. Mariela Ruacho, manager of clean air advocacy at the American Lung Association, urged board members to require the sale of 100 percent zero-emissions medium- and heavy-duty trucks by 2036 instead of 2040.

“California has the worst air quality in the nation, and traffic emissions are a major contributor, especially for communities near major freight routes,” Ruacho said.

Members of the auto industry expressed concerns about the infrastructure needed to implement the board’s proposal and questioned the strength of the state’s power grid to handle the demands. The California Energy Commission estimates that 157,000 chargers will be needed by 2030 to support the electrification transition.

Mike Tunnel, director of environmental affairs at the American Trucking Associations, told the board that his members are “at the forefront of evaluating how to successfully implement zero-emissions technologies.” At this point, he said truck fleets are “unanimous in their belief that zero-emission trucks are not capable of doing what the regulation requires and the infrastructure cannot be built in the time frame.

Chris Shimoda, senior vice president of government affairs at the California Trucking Association, told board members that the charging infrastructure necessary to implement the proposal would require 65 to 160 megawatts, “enough capacity to power a small city.”

“Board members, the trucking industry is not opposed to zero-emissions technology. Our members want to get there, but we have a lot of work ahead of us,” Shimoda said.

Hannon Rasool, director of the California Energy Commission’s division of fuels and transportation, told board members Thursday that the state “recognizes the need to ensure grid readiness” for zero-emission vehicles and is “very actively planning to support the market. .”

The Air Resources Board is expected to hold a second public hearing on the proposal before voting in the spring.