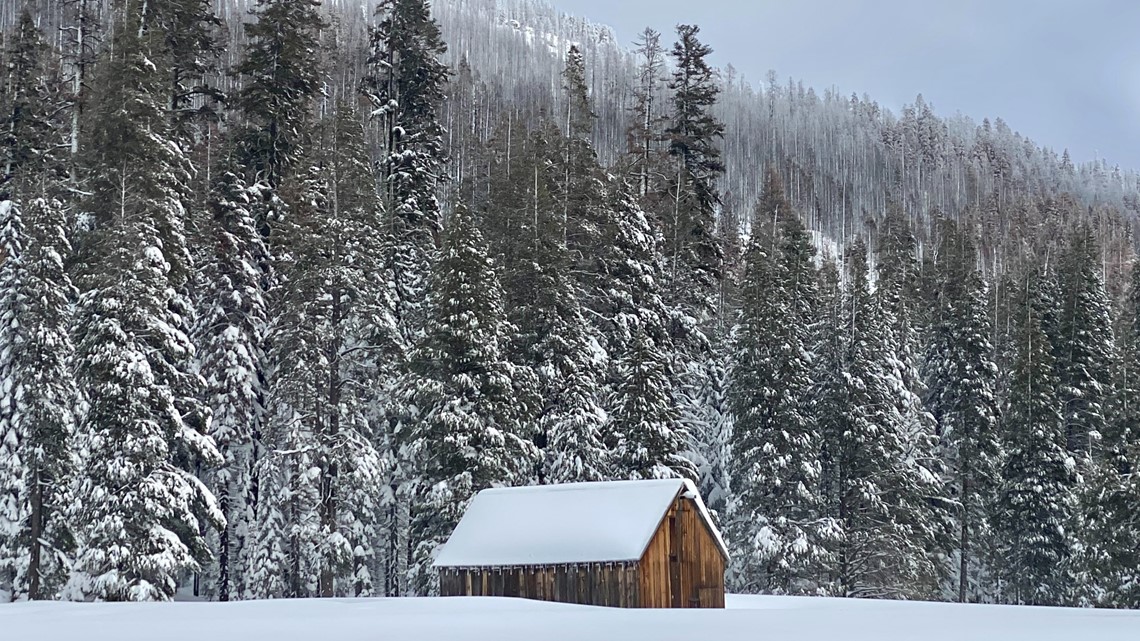 Cloud seeding research shows the practice can increase snowpack by 3-10%, but it’s not yet considered a cure for drought

SACRAMENTO, Calif. – Drought has been a hot topic in the West over the past decade, raising concerns about the future of water. The latest drought monitor remains relatively unchanged in California, with the San Joaquin Valley still experiencing the worst drought.

While the drought is worst in the West, 82% of the United States is currently in some level of drought—the highest percentage since the Drought Monitor was introduced in 1999, according to the latest Drought Monitor.

The first month of the water year has been dry for Northern California, but it looks like there could be a pattern shift that could bring some beneficial rain and snow to the region.

The process of cloud seeding is complex and some see it as a one-stop solution to the West’s water crisis, but could it really be that simple?

Clouds are made up of tiny water droplets that form precipitation when the droplets become large enough to overcome gravity. All droplets form around some type of aerosol, which includes dust, pollen, sand, or other microscopic particles.

According to Katja Friedrich, a professor at the University of Colorado in the Department of Atmospheric and Oceanic Sciences, cloud seeding involves particles in the cloud to force out precipitation in clouds that would not naturally occur. This particle is usually silver iodide, which was discovered to resemble the structure of ice crystals by atmospheric scientist Bernard Vonnegut, brother of author Kurt.

Certain weather conditions are necessary for the seed to cloud. The Sacramento Municipal Utility District (SMUD), which has been seeding clouds since 1968, described the “perfect storm” necessary to seed clouds, including the presence of an existing cold, dry Pacific system, according to Lindsay VanLaningham, a spokeswoman for the utility. .

Cloud seeding has a wild history, a history that has sown much of the distrust in cloud seeding as a science. In 1918, a man named Charles Hatfield came to California who claimed to have the ability to produce rain using a secret mixture of chemicals. His methods ran on the “no rain, no pay” principle, according to a 1918 monthly weather report from the Weather Bureau, now known as the National Weather Service. Hatsfield’s rainmaking services were very popular throughout the West.

While it is possible that Hatfield understood the science behind rainmaking, his successes were more likely due to good forecasting ability rather than his secret chemical concoction. There are countless other stories of pseudo-scientists who claim to have the ability to make rain fall from the sky.

Modern rainmaking can trace its roots back to 1946. Since then; scientists, governments, and even militaries have studied the effectiveness of cloud deployment with mixed results.

Cloud seeding research has accelerated in recent years, thanks in part to the SNOWIE (Seeded and Natural Orographic Wintertime Clouds: The Idaho Experiment) experiment led by Friedrich.

The three-month study in the mountains of Idaho involved flying aircraft attached with silver iodide flares to the clouds, targeting orographic clouds – clouds pushed up by altitude that would not otherwise condense.

“Orographic clouds have these tiny supercooled liquids, which are tiny cloud droplets that are below freezing and too small to lie down to actually hit the ground, so they’re basically just floating around the atmosphere,” Friedrich said.

This is where silver iodide comes in. Aircraft armed with flares fly through slow-moving clouds and inject silver iodide into them. Silver iodide, which only works at temperatures between -5 and -10 degrees Celsius, attracts droplets that are heavy enough to overcome gravity and fall as snow.

“When we deployed the clouds, we had supercooled liquid clouds, but they didn’t precipitate. Then when we flew to those clouds and put silver iodide in there, they started to snow or produce precipitation, which was then measured at That was pretty revolutionary,” Friedrich said.

Incredible progress in weather modeling over the last 10 years according to Dr. Friedrich made cloud seeding research much more feasible.

“I would say in 10 years, our numerical modeling capabilities have really improved. Now we can simulate clouds much better. We can also simulate the cloud seeding process, and that really helps because once you change a cloud in the atmosphere, you never know how much precipitation you’re going to get from that they got a cloud,” said Friedrich.

The study was even more successful than the researchers had hoped. 24 minutes of cloud seeding produced up to 275 acre feet of water (1 acre foot equals approximately 325,000 gallons).

Silver iodide dispersed in the atmosphere falls to the ground with precipitation and meets EPA thresholds. Friedrich explained that cloud deployment is a controlled experiment.

“We go out, seed for one hour, then make snow and maybe two or three hours, and then it’s done. So it’s not something that stays in the atmosphere for years and modifies the weather.” Friedrich said.

There are many misconceptions surrounding cloud deployment. For one, it has been practiced here in California since the mid-20th century, shocking many who consider geoengineering a futuristic concept. SMUD, a local energy provider, has been cloud-seeding the Upper American River Project since 1968, which starts at Loon Lake and flows downstream—but not for the reason you might think.

“We’re looking for snowpack that can melt later in the summer months and feed our hydroelectric reservoirs, so we’re not really doing this to solve the drought, which is what a lot of people think,” VanLaningham said.

According to VanLaningham, areas with cloud cover experienced a 3-10% increase in snowpack. For every inch of snowpack created for hydroelectric reasons, SMUD customers save $1 million, a good return considering SMUD’s budget for the practice is $1.5 million over five years.

While it is undeniable that cloud seeding works on a small scale, as seen in the SNOWIE study and SMUD’s decades of cloud seeding use, cloud seeding is not a magic solution to California’s drought problems. Although cloud seeding is currently not enough to solve the drought, the technology will continue to evolve and could have a greater impact in the future. There are obvious benefits to continuing to practice, and in the end, every drop of water counts in an uncertain future.