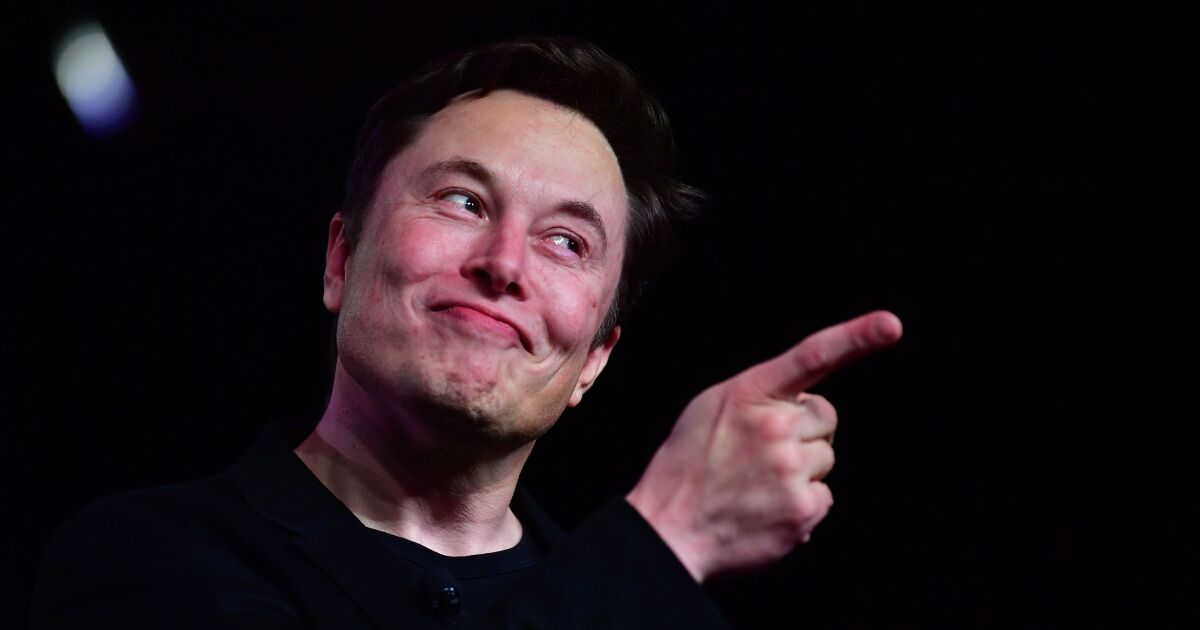 Elon Musk made it official on Sunday – democracy is on life support.

For anyone wondering what the world’s richest man had in mind for one of the most powerful social media platforms, the answer came around 5am when Musk tweeted a link to a malicious and false conspiracy theory to his 112 million followers on his new toy, Twitter .

I won’t repeat the nasty anti-LGBTQ garbage here, but suffice it to say that this is a neatly packaged piece of garbage about a hammer attack on Paul Pelosi, who is married to Speaker of the House Nancy Pelosi (D-San Francisco). It ties together several storylines of hatred and conspiracy that are part of the far right’s effort to overthrow the democracy that I personally love.

And of course that includes the rabid fear of sexuality that defines the Republican Party.

By the way, this fake moral panic about who we love and how we identify has long been used by fascists and white supremacists to rally the masses. So let’s not pretend this is just a rich guy’s opinion. There’s more to the story, as Mr Musk claims – it’s just not the story he’s talking about.

Musk, who tried to cover up that the theory was a “small possibility,” has since deleted his post. Yet it is being reposted on all social media platforms and channels – QAnon, Nazi, violent civil war. But these echo chambers are less important than what just happened on Twitter, with its ability to spread lies around the world in seconds.

An unmoderated Twitter could be the tipping point for democracy if we don’t do something fast. In the 24 hours after Musk took over the site, use of the N-word increased 500%, according to the Network Contagion Research Institute — though Musk says his moderation policies have not yet changed. Hate has found its home, in the middle of our public square.

I am a firm supporter of freedom of speech. There are no easy solutions here, but it can no longer be an intractable problem for the government. Half-term is days away and violence is already expected. Musk’s tweet shows that Twitter has become a willing participant in feeding the machine of propaganda and lies that make some people believe that violence is justified.

As Professor Brian Levin, director of the Center for the Study of Hate and Extremism at Cal State San Bernardino, told me on Sunday when I interrupted him walking his dog on the beach, “Companies have the right to set their own terms of operation, but when some are so large and influential that it is important that they act with a sense of civic responsibility. And if not, the law should amend them to the extent that it can be done without violating the 1st Amendment.”

Levin added: “The company’s new standard bearer sets the tone that Twitter will be a place where misinformation and targeted rumors can circulate with the consent of the man behind the curtain.”

Of course, Musk didn’t come up with this conspiracy theory alone. I watched it form in real time in the minutes after the attack – it only took minutes. The right-wing machine, intent on demonizing and dehumanizing anyone who blocks its march to authoritarianism, kicked into high gear as soon as news broke that a 42-year-old man with a hammer had broken into the Pelosis home in San Francisco yelling, “Where’s Nancy?”

The Speaker of the House was in Washington, DC, but her 82-year-old husband was at home. Paul Pelosi was brave and quick-thinking, secretly calling 911. A smart dispatcher sent help, even though Pelosi couldn’t freely talk about the situation with her attacker. Police arrived two minutes later and witnessed Pelosi struggling with the intruder, identified by police as David DePape, over a hammer. The intruder retrieved a tool and began beating Pelosi, who underwent skull surgery but is expected to recover.

The story brought joy to some. After I wrote about it on Saturday, a reader named Steve (he gave me his last name, but I won’t print it) emailed me with the subject line: “I hope the person who did this is OK.”

Steve continued, “I just wish Pelosi was on the other end of that hammer!”

Memes and so-called witticisms were almost inevitable, many starting with some variation of “It might be too soon, but…” as if the assassination attempt on the most powerful politician in America was one big joke.

Former California gubernatorial candidate Larry Elder, The “sage of South Central,” as he bills himself, wrote, “Too soon? Poor Paul Pelosi. He is first arrested for DUI and then assaulted in his home. They hit twice in six months.”

The story Musk retweeted also came from close to home: The Santa Monica Observer, owned by former City Council candidate David Ganezer. The paper’s editorial board called out the publication for “publishing fake news,” including that Hillary Clinton had died and that a doppelganger had taken her place in a debate with Donald Trump.

What makes comments like Musk’s so alarming is that denial is a key part of the far-right’s strategy, and adherents find it amusing and empowering. Nothing is ever their fault. Nothing is ever what it seems.

It couldn’t be that DePape was driven to extremes by the lies that were spewed on his personal blog, where he rants against transgender people and Jews and dabbles in conspiracies, including an alien race of lizards infiltrating society, albeit mostly by Democrats.

It had to be something else, something that the far right finds repugnant, even evil. Musk’s post was in response to Clinton, one of the far right’s most hated figures. On Saturday, Clinton tweeted, linking to a Times article about DePape’s online rant: “The Republican Party and its spokespeople are now regularly spreading hate and deranged conspiracy theories. It is shocking, but not surprising, that the result is violence. As citizens, we must hold them accountable for their words and the actions that follow.”

When the rich, powerful and influential become dealers in anti-democratic ammunition, they become dangerous to democracy. Musk wrote in a note to advertisers last week: “Twitter clearly cannot become a free-for-all hell where anything can be said without consequence.”

But then he did it.

If we don’t hold Musk and his ilk accountable now, we may not stand a chance.