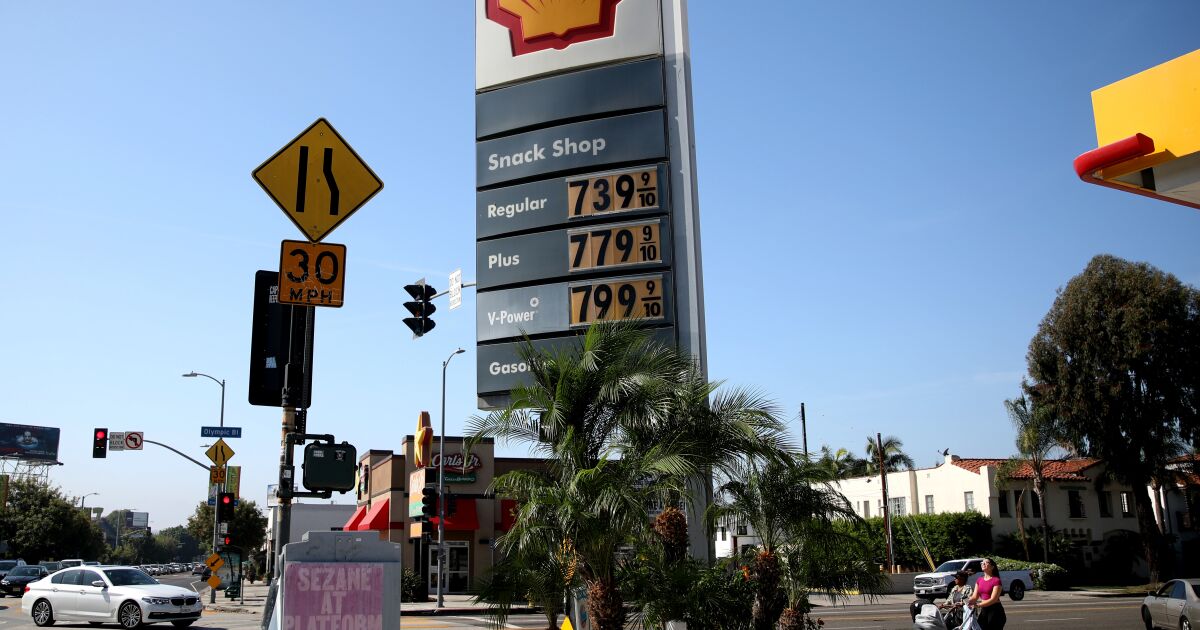 Oil companies once again posted staggering profits as people around the world struggled with high gasoline and energy prices.

Exxon Mobil broke records with its earnings in the third quarter, posting a net profit of $19.66 billion. The Irving, Texas-based company said Friday it posted quarterly revenue of $112.07 billion, more than double the revenue it received in the same period last year.

Chevron had a profit of $11.23 billion, nearly matching the record profits it posted last quarter, and the San Ramon, California-based company brought in $66.64 billion in revenue.

High energy costs have hit consumers in many ways.

Americans, especially low-income workers, have struggled with painfully high gasoline prices in recent months, with the U.S. average for regular gas well above $4 a gallon in July and the California average above $6 a gallon, according to AAA.

High energy prices also affect producers and sellers, who pass these costs on to customers in the form of high prices for food, clothing and other goods.

Gasoline fell somewhat toward the end of the quarter, but the U.S. average was still more than $3.72 a gallon and the California average more than $5.79 a gallon at the end of September.

“Gas prices should not be so high. It’s time to crack down on oil price gouging tactics and put their profits back into your pockets,” Newsom tweeted Friday. Newsom called for fines for price gouging, as well as additional liability for oil companies and refiners operating in the state.

Exxon increased gasoline and oil production during the quarter to meet rising demand. The company said it had the best refining performance ever in North America and the highest globally since 2008. And it produced 3.7 million barrels of oil or oil equivalent per day and had record production in the Permian Basin, the most productive oil field in the US.

The investments Exxon has made, even during the pandemic, have allowed the company to increase production to meet customer needs, CEO Darren Woods said in a conference call with investors.

“Where others have retreated in the face of uncertainty and historic slowdowns, retreated and scaled back, this company is moving forward, continuing to invest and build to help meet the demand we see today, and to position the company for long-term success in each of our businesses. ” Woods said.

Oil prices were initially high during the quarter, but gradually declined. A barrel of benchmark U.S. crude was trading at more than $100 at the start of the quarter in July, but was trading at nearly $80 at the end of September. Even so, diesel prices remain high, according to AAA, which affects delivery costs and raises the prices of a variety of consumer goods.

To help meet growing demand, Exxon is expanding its oil refinery in Beaumont, Texas, and expects the next refined product to be available in early 2023.

Exxon’s refining businesses were the star during the quarter, Peter McNally, global sector head at Third Bridge, said in a note to investors. “While some of the political rhetoric cooled during the quarter, investment in the company’s fuel generation segment warmed along with earnings,” McNally said.

Chevron’s said its quarterly net income of $11.2 billion was the second-highest in company history, surpassed only by the previous quarter, when it reported net income of more than $12 billion.

US oil companies are not the only ones benefiting from high energy prices. European energy giants Shell and TotalEnergies posted huge gains on Thursday. That has sparked calls to tax the profits of energy producers who have benefited from high oil and gas prices following Russia’s invasion of Ukraine, even as Europe heads into winter amid an energy crisis.