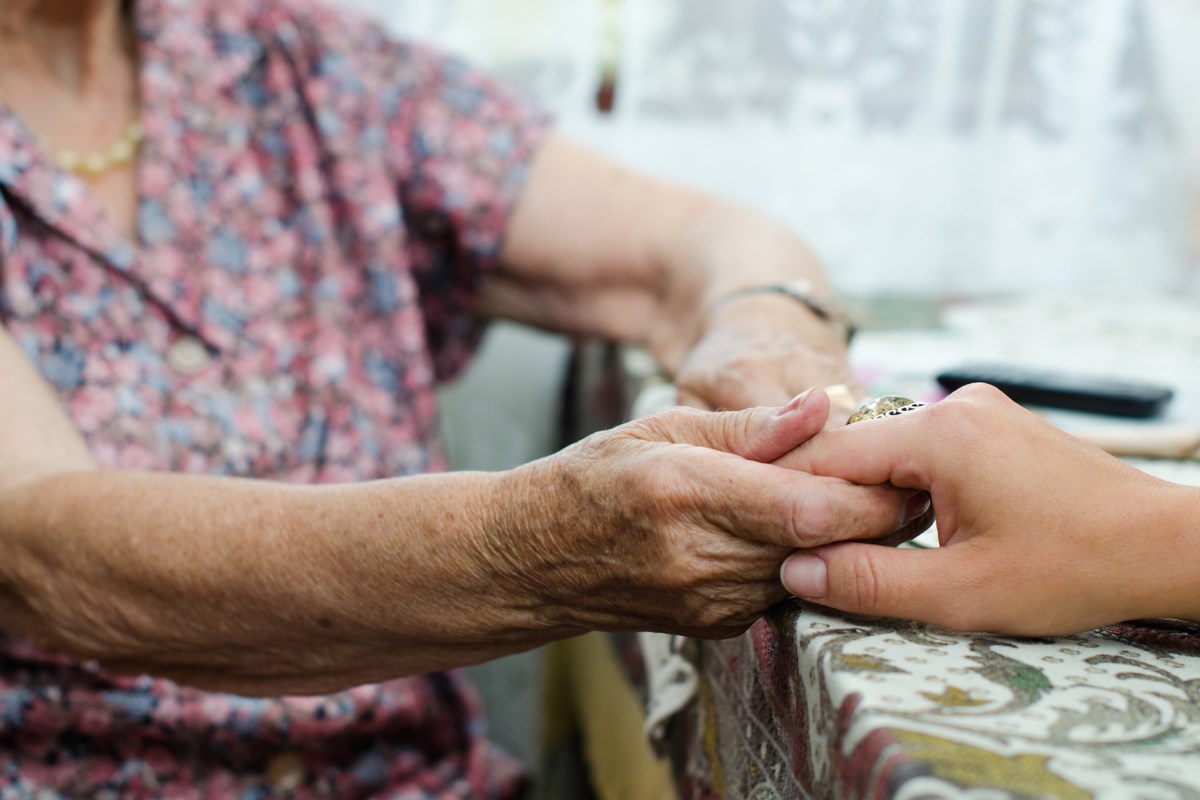 ‘We can’t just let this happen’ – Ontario Health Coalition is taking government to court over new law that will separate frail, elderly patients up to 90 miles or more from their families

The Ontario Health Coalition and the Advocacy Center for the Elderly have taken their fight against Ontario’s controversial Bill 7 to court.

Under the new legislation, hospitalized patients in Alternate Level of Care – ALC – pending placement in their preferred long-term care facility may be moved to an LDZ facility not of their choice.

“It’s just so blatant in terms of what it does to families,” said Al Dupuis, Blind River Ontario Health Coalition spokesperson for the Algoma District.

There are 38,000 people on the long-term care waiting list in Ontario, according to the OHC.

“Chances are there isn’t a house in the Sault, in Sudbury or Timmins that has a space so you can be sent anywhere in the county, according to what the legal experts told us,” Dupuis told SooToday on Wednesday. .

The Ontario Health Coalition (OHC) and the Advocacy Center for the Elderly jointly filed Monday with Ontario’s Superior Court of Justice in what is known as a Charter Challenge, seeking a court ruling to strike down Bill 7 as a violation of patients’ fundamental rights under the Charter of Rights and Freedoms.

Bill 7 – also known as the More Beds, Better Care Act – was passed by the Ford government and went into effect in September.

The government says the new law is needed to free up bed space for hospital patients who need acute care.

As of November 20, if an elderly ALC patient refuses to go, the hospital must charge that patient $400 per day.

The OHC says Bill enables 7 hospitals and discharge planners to:

“Bill 7 represents an unprecedented and blatant deprivation of the Charter rights of many elderly and vulnerable hospital patients with respect to their rights to life, liberty and security of the person as well as to equality,” wrote Steven Shrybman, attorney at Golblatt Partners LLP , acting as counsel for the Ontario Health Coalition and the Advocacy Center for the Elderly in the Charter Challenge.

Shrybman wrote that Bill 7’s goal is to “force certain hospital patients who can no longer be cared for at home to be placed in a long-term care home that may have a terrible track record and are remote from their families and communities.”

“It is a direct affront to the fundamental right to give informed consent to medical treatment,” Shrybman wrote.

Sault MP Ross Romano said in a September interview with SooToday: “Nobody is being moved against their will.”

Romano acknowledged that ALC patients may be asked to take a long-term care bed that is not their choice, but said such a move would be temporary and those patients would not have to wait long to get a bed in a to have place. where they would most like to be because of new government spending for more long-term care beds.

But the OHC doesn’t accept that.

“Some people may think that we are in a crisis caused by COVID and that this is a special circumstance, or that this solution is only temporary and the patient is then moved to a closer home. All those things are bogus,” Dupuis said.

SAH president and CEO Ila Watson said at a board meeting in September that SAH — like other Ontario hospitals — will abide by Bill 7.

“We recognize that there are difficult decisions to be made, but we are committed to ensuring that this legislation is implemented in a compassionate and respectful manner that is consistent with our hospital values,” said Watson.

The OHC is firing back at official statements that Bill 7 will be compassionately implemented.

“I don’t know how you do something like that — tear a family apart — with compassion and respect,” Dupuis said.

“If that’s a reflection of the values ​​of the administrators who run our hospitals, then I think we have a problem with that too, not just with government officials, but maybe with officials who are concerned about their position and don’t want a position. take against this.”

“How do you ignore someone’s consent and judge them with compassion without their consent?” Natalie Mehra, OHC’s executive director, said in an interview with SooToday from Toronto on Tuesday.

“How do you threaten them with a $400 a day fine if they don’t go to a nursing home they didn’t choose to die in?” How is that in any way compatible with a notion of compassion?”

“The bill targets one group of people – the frail elderly – who are waiting for care in long-term care, to rob them of their fundamental rights, their right to privacy of their health information, their right not to be judged against their will. , their right to choose where to live the last months and years of their lives,” Mehra said.

“Essentially that is wrong, but emotionally we know what this is going to mean. We’ve just seen people die in long-term care, isolated from their families, during the pandemic. They starved. The care that families provide in long-term care is vital. It is no exaggeration to say that some people died of dehydration and starvation because their families could not come in to feed them. They died of depression and loneliness.”

“This Bill is going to do that again. It is unacceptable on every level.”

He said the solution for healthcare is more beds and more, better-paid nurses in hospitals.

“The crisis in hospitals is not caused by ALC patients, but nevertheless the elderly are targeted by this legislation and are forced to leave hospitals through exorbitant extra fees.”

OHC hopes its Charter will strike Challenge Bill 7 in the Ontario Superior Court of Justice.

“I’d like to think it has a good chance because on the face of it, it’s pretty obvious to a layman that people’s rights are being taken away from them,” Dupuis said.

In court, the government is confident that Bill 7 is needed to free up hospital beds.

But the OHC says it believes the government’s argument doesn’t hold up because of the extraordinary consequences faced by patients affected by the new law, the poor conditions in some of the long-term care facilities likely to accommodate transferred ALC patients and the small impact Bill 7 would address the major, systemic woes facing the healthcare system.

With ALC patients no longer having a clear story, the OHC and the Advocacy Center for the Elderly are fighting for those who will be affected by Bill 7.

“We’re trying to move it forward as quickly as possible because people who are in this situation are being pushed out of hospitals into places everywhere, there’s no recourse, there’s no legal recourse, there’s nothing they can do, not even if it causes horrific suffering to the person and his family,” Mehra said.

“This is the only thing we can do to fight this. We think it will be heard within a year. Constitutional challenges do not move quickly, so we must respond to them as soon as possible.”

While the case is in court, the OHC would like some pressure from the public.

“Appeal to the conscience of the medical staff. People can contact Conservative MPPs and pressure them to withdraw the bill. They have made a political decision to introduce this law and they can revoke it,” said Mehra.

Earlier this month, the Ontario government introduced its controversial Bill 28, which imposed a contract on 55,000 education workers represented by CUPE and prevented them from striking, but repealed the legislation despite massive backlash.

OHC is hopeful that Bill 7 will cause a similar stir and force the government to withdraw it.

Dupuis is urging people affected by Bill 7 and their families to contact the Ontario Health Coalition and share their stories.

“One of the reasons the educators were successful was that their story became known. We’d love to see people come forward with their personal stories so people reach out to us,” Dupuis said.

“I know there will be more campaigning around this issue and the privatization of hospitals. There are campaigns and town halls and I wouldn’t be surprised if there are picket lines, especially when we start to hear people being put in this position,” Dupuis said.