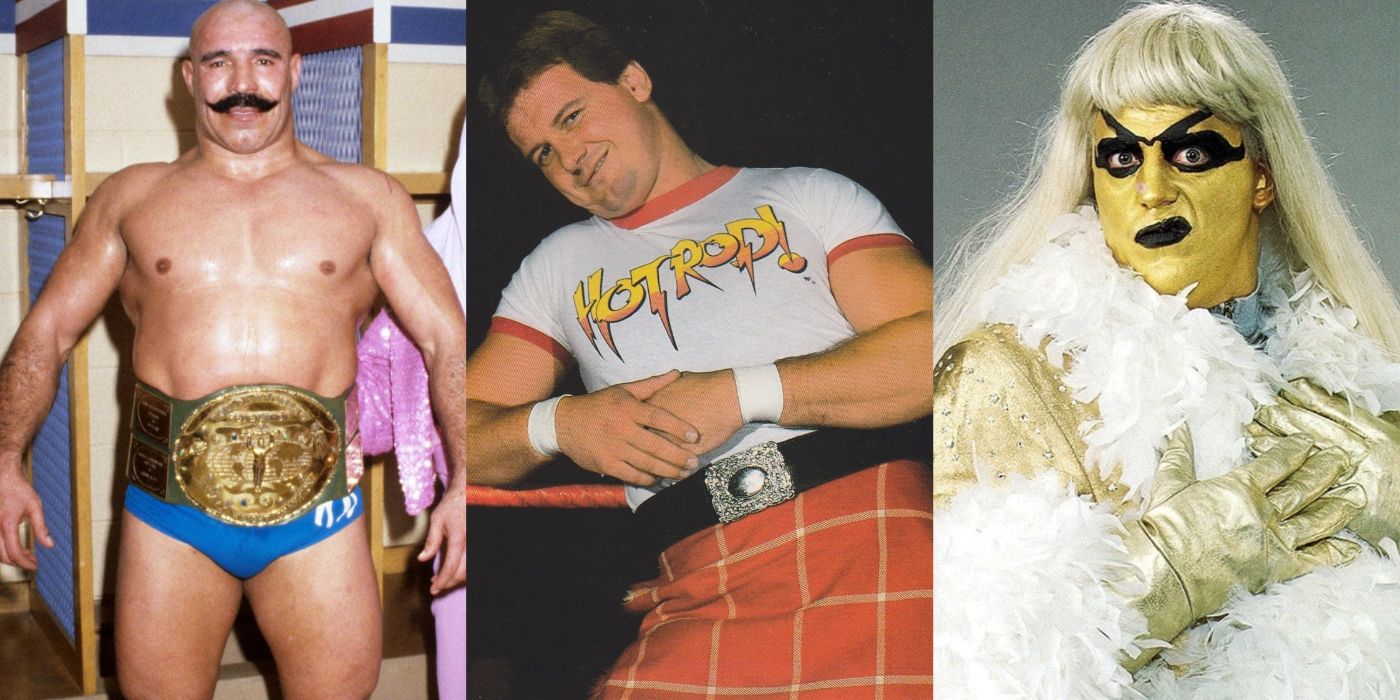 The 1980s were an extraordinary heyday for the professional wrestling world. Vince McMahons WWE achieved worldwide acclaim with an elite level of production and an all-star cast of characters. However, it wasn’t all sunshine and rainbows for the WWE during its Golden Era.

RELATED: 10 Times Hulk Hogan Used His Influence To Get His Way

Wrestling has always danced on the line between what is and what is not socially acceptable (or politically correct, if you want a more current term). WWE in the 1980s and early 1990s was no exception to this trend. During this time, the company produced several characters that generated much controversy for various reasons. As you read the list, you’ll see that some of these characters have aged much worse than others.

THE SPORT STAR VIDEO OF THE DAY

Before he was the godfather, WWE Hall of Famer Charles Wright had a much more obscure gimmick. He made his debut as Papa Shango in 1992 and immediately made an impact in WWE. His appearance is based on the Haitian voodoo deity Baron Samedi, the father of deceased spirits known for his wisdom. Wright himself was not a fan of this gimmick, nor of the overly spooky presentation given to him.

Many wrestling gimmicks in the late ’80s and early ’90s were based on some sort of profession. Many of these were corny and a bit goofy, but ultimately harmless. An exception to this was Irwin R. Schyster, Mike Rotunda’s character, also known by his initials, IRS. He was a tax collector who harassed both fans and detractors by ordering them to pay their taxes. The character was built on several anti-Semitic stereotypes, with his name and occupation being the biggest giveaways.

Jacques Rougeau’s Mountie character is another example of a wrestling gimmick being a profession. “Mountie” is the nickname given to members of the Royal Canadian Mounted Police. Unfortunately for Rougeau, real mounties weren’t too fond of WWE’s parody of them. Rougeau’s character was therefore not allowed to appear in Canada. Despite this, Rougeau had a lot of fun as the Mountie and looks back fondly on that era of his wrestling career.

The Ugandan Giant wore only a loincloth and some war paint; he barbarously beat down his opponents and communicated mainly by growling. James Harris, the man who plays the character, shouldn’t be blamed for its creation as he was just trying to make a living. However, WWE should have realized the damaging stereotypes this character is spreading.

The American police system can be a sensitive, if not problematic, topic of conversation. Of course, a sport as gross as professional wrestling isn’t the most ideal place for this conversation to germinate. The Big Boss Man, another of WWE’s career gimmicks, was problematic for a few reasons. When the character was a heel, he presented an offensive parody of police officers that could be perceived as disrespectful (similar to the Mountie). However, the Big Boss Man presented as a babyface a sugared notion of policing that is painfully far from the reality experienced by thousands of Americans. Perhaps this gimmick was best left on the drawing board.

WWE had a nasty habit of capitalizing on Americans’ xenophobia to generate heel heat. Arab people have been victims of severe and violent intolerance for decades. Vince McMahon effectively used this bigotry as a way to sell tickets through his presentation of the Iron Sheik. Every arena the sheikh entered was immediately filled with a chorus of boos. While the Iron Sheik is a fairly likeable man in real life, in the WWE he portrayed a problematic stereotype.

For younger wrestling fans, it may be hard to imagine the cultural impact the Cold War had on the United States. Russians have been the villains in comic books, TV shows, movies, and even professional wrestling. In the 1980s, a Russian heel could make fans hate them incredibly easily. All they had to do was show the audience their accent. Volkoff brandished the hammer and sickle and wore the Soviet national anthem to become one of WWE’s most iconic and hated heels ever.

It is not uncommon for wrestling to refer to current political or cultural events. Sometimes that happens with good taste, but most of the time it’s not. Sergeant Slaughter’s U-turn in 1991 was a blatant way to include current events in wrestling.

RELATED: 10 Things Fans Should Know About Sgt. Slaughter’s Run like a heel

The Persian Gulf War started a year earlier, triggered by the Iraqi invasion of Kuwait. Slaughter’s U-turn was essentially that he became an Iraqi sympathizer and staunchly anti-American. This created nuclear heat, but was distasteful to say the least.

Rowdy Roddy Piper is arguably one of the most iconic characters WWE has ever produced. However, Roddy had a knack for stirring up controversy and making people angry. Some of Roddy’s heel-like antics relied on racial stereotypes for heat, such as his attack on Jimmy Snuka with a coconut and his blackfaced promo against Bad News Brown. Even though he is fondly remembered today, that certainly wasn’t always the case.