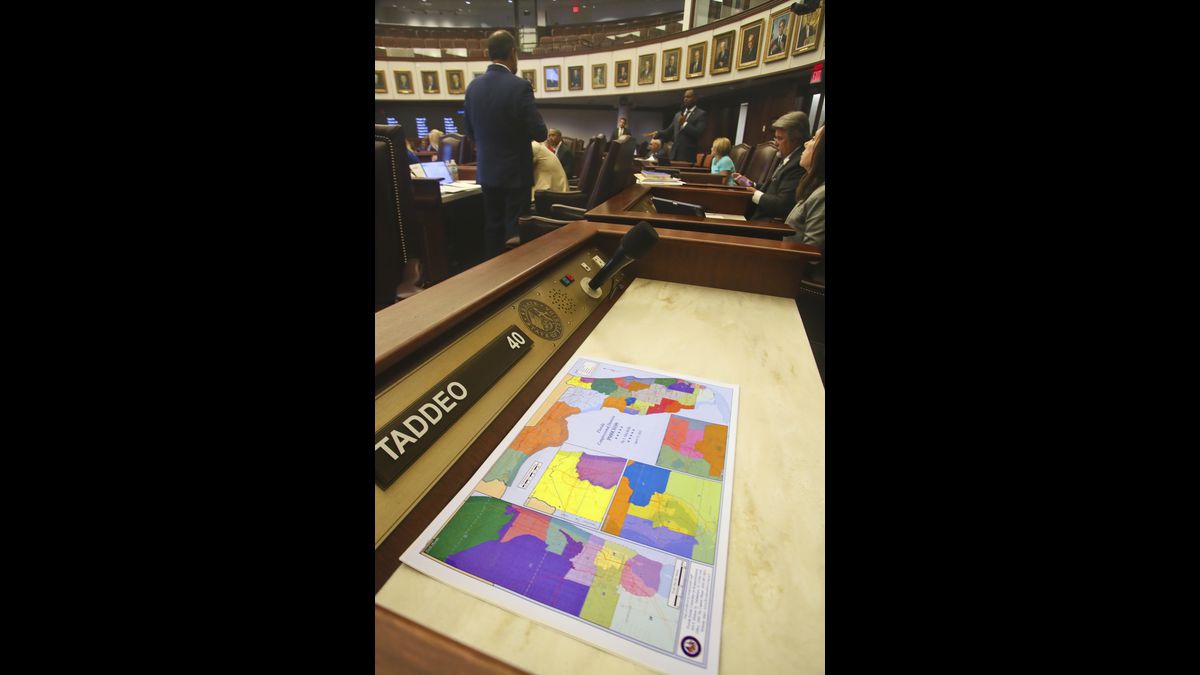 TALLAHASSEE — A Leon County district judge has ruled that key state lawmakers and top advisers to Gov. Ron DeSantis can be questioned about a controversial congressional redistricting plan passed in April.

In two rulings Thursday, Judge J. Lee Marsh cleared the way for the depositions of six lawmakers, five current and former legislative staff members and J. Alex Kelly, DeSantis’ deputy chief of staff. He also ordered the DeSantis administration to provide documents requested by plaintiffs challenging the redistricting plan, although he will privately review the documents to determine whether they should be protected.

The House, Senate and DeSantis administration have sought protective orders to prevent the documents from being stored and released. The lawsuit claims the redistricting plan violates the 2010 “Fair Districts” constitutional amendment, which sets redistricting guidelines.

The rulings, which were posted Friday on the Leon County Clerk of Court’s website, set some limits on the questions lawmakers, staff and Kelly could face.

“The appropriate line in this case is where the doors to the House and Senate meet the outside world,” Marsh wrote in a ruling involving lawmakers. “Accordingly, any legislator and legislative staff may be questioned about any matter already on the public record and information obtained from anyone not elected to the legislature, their direct staff, or the staff of the legislative bodies themselves. They may not be questioned about information internal to each legislature that is not yet publicly available (eg their thoughts or opinions or those of other legislators).

The Republican-controlled Legislature passed the congressional redistricting plan after DeSantis proposed it. Opponents, including groups such as the Florida League of Women Voters, filed suit in April, claiming the plan violates the Fair Districts Amendment.

The plan is expected to increase the number of Republicans in Florida’s congressional delegation, where the GOP could pick up four seats in the Nov. 8 election, according to analyzes of past voting trends.

Related: Florida’s redistricting map: What will your new district look like — and vote?

The case focuses heavily on Congressional District 5, which in recent years stretched from Jacksonville to west of Tallahassee and elected U.S. Rep. Al Lawson, a black Democrat. The plan put District 5 in the Jacksonville area and reduced the chances that it would vote for a black candidate. Lawson is running in another North Florida district this year against Republican U.S. Rep. Neal Dunn.

Get an overview of Florida politics

Political editor Emily L. Mahoney will send you a roundup of local, state and national politics every Thursday.

Want more of our free weekly newsletters delivered to your inbox? Let’s get started.

Explore all your options

Senate and House lawyers have argued that lawmakers should be protected from the depositions by the legal concept of legislative privilege and what is known as the “peak doctrine.” This doctrine generally prevents the depositions of high-ranking officials if the information can be obtained through other means. The DeSantis administration also cited legislative and executive privilege and the doctrine of climax.

A key issue in the dispute centered on a Florida Supreme Court decision that led to lawmakers testifying in legal battles following the 2012 redistricting process. when drawing maps.

That lawsuit eventually forced the Legislature to redraw the congressional and Senate maps. Districts are usually redrawn every 10 years after the US Census.

Marsh, who held the hearing last week, expressed concern in both of Thursday’s rulings but pointed to precedent from a 2012 lawsuit.

“While this Court has great concern about allowing plaintiffs to interfere with the internal processes of a separate, co-equal branch of government, binding precedent … affords legislators and employees little relief other than protection from disclosure of their thoughts, impressions, or ideas. or impressions shared with legislative staff or other legislators,” he wrote in the ruling about the Legislature.

When deciding on documents plaintiffs are seeking from the governor’s office, Marsh said he will conduct so-called “non-public” reviews to determine whether the materials are privileged. DeSantis gave the administration 30 days to produce the materials.

VOTING GUIDE: Here’s who’s on your ballot and where they stand on the issues.

TAX TASKS, THE FATE OF THE COMMISSION: See what measures are on the November ballot here.

SUPREME COURT EXCHANGE? Florida voters will decide whether to retain 5 of the state’s 7 Supreme Court justices.

We’re working hard to bring you the latest Florida election news. This effort requires many resources to collect and update. If you haven’t subscribed yet, consider purchasing a print or digital subscription. Or click here donate to the Tampa Bay Times Journalism Fund.