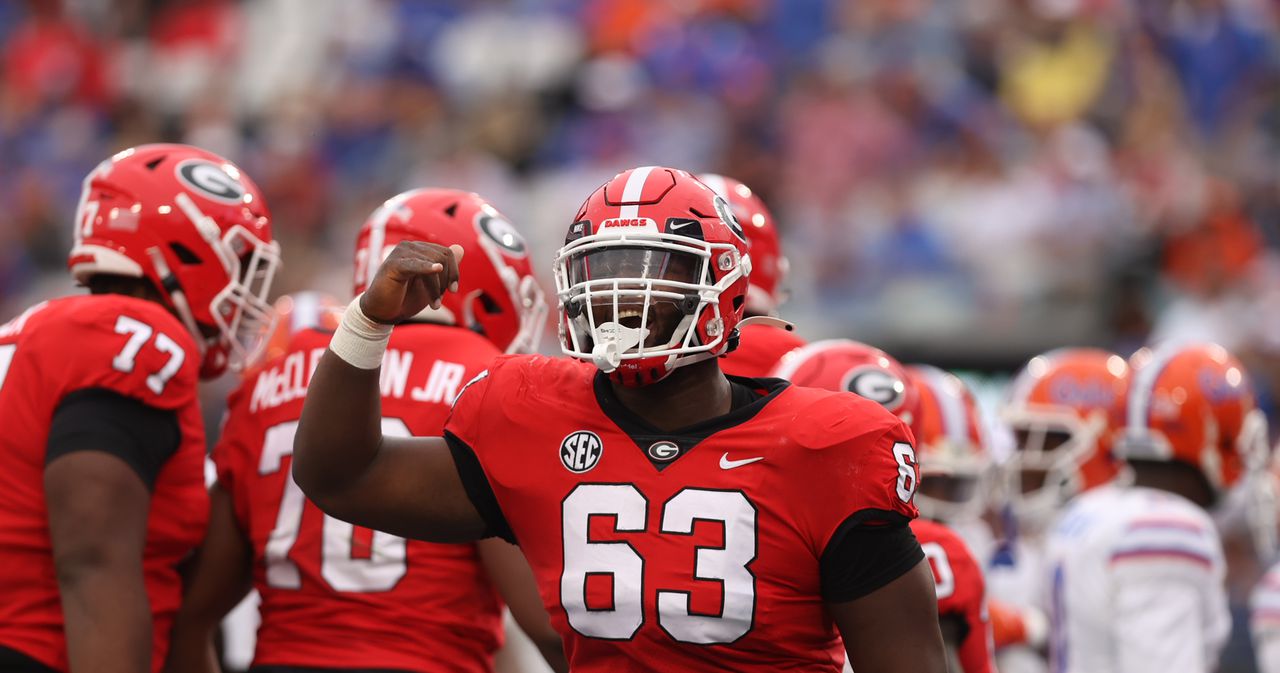 Jacksonville, Florida, — . Strange things happen when Georgia and Florida play in Jacksonville. It was like that again on Saturday.

The Bulldogs raced out to a 28-3 halftime lead. Then Georgia appeared to put on the mask of the Atlanta Falcons as the Bulldogs turned the ball over on their first drives to open the third quarter and watch Florida trail the game 28-20.

But Georgia calmed down, took off her mask and played Georgia again. The Bulldogs scored immediately and pulled away for a 42-20 win over the rival Gators.

Georgia is now 8-0 heading into a massive game next week against Tennessee. The loss drops Florida to 4-4 under first-year coach Billy Napier.

But a very poor third quarter from Georgia was like finding a razor blade in your kid’s Halloween costume. Very concerning, especially with the game against Tennessee coming up next week.

An unfavorable third quarter for the Georgia football program

However, the response from Georgia was impressive. After Florida made it a one-score game, Georgia scored touchdowns on back-to-back drives. Daijun Edwards ripped off a 22-yard run to put Georgia back up by two scores. After Bennett and Brock Bowers connected for a 29-yard gain on fourth down, Kenny McIntosh burrowed in for a touchdown.

Georgia was demonstrably the better team for most of the match. But the third quarter was bad enough to worry the Bulldogs a lot going forward. It wasn’t a complete, four-quarter performance from the Bulldogs.

It won’t be good enough next week against the Tennessee Volunteers. You can bet Smart will be talking about it next week.

Georgia is good enough where the Bulldogs don’t need any lucky rebounds or extra help. But it still worked against the overmatched Florida Gators.

With Georgia up 14-0, Stetson Bennett targeted tight end Brock Bowers. Florida linebacker Amari Burney was covered well and even got his hands on the ball. But the pass then bounced off Burney’s helmet and then Bowers’ shoulder pads.

Bowers was then able to pass and race for a 73-yard touchdown. The game put the Bulldogs up 21-0.

Smart often likes to point out that sacks are an overrated stat. It’s much more important to consistently create pressure, and Georgia did just that on Saturday. The Bulldogs hit Anthony Richardson consistently throughout the afternoon.

But Georgia finished with just 3.0 sacks, with Richardson often escaping the arms of Georgia defenders. Two of those sacks came late in the game, with Richardson holding on to the ball trying to make a play.

Georgia’s defense gave up 371 yards on the afternoon, but also forced no turnovers. Georgia did a great job getting off the field in the first half, forcing three straight three-and-outs to break the game open.

Richardson finished the game by completing 18 of his 37 passes for 271 yards. His only touchdown was a 78-yard pass to Xzavier Henderson. Florida was held to 91 rushing yards on 33 carries.

Offensively, it was much the same. Georgia finished the game with 556 total yards. Stetson Bennett completed 19 of his 38 pass attempts for 316 yards. He threw two touchdown passes but was also intercepted twice.

Georgia had a strong rush and McIntosh had a season-high 90 yards. Edwards also added 106 yards in the game. Both also had two rushing touchdowns

It was mostly a strong performance for Georgia, but the third quarter left enough of a bad taste in the mouth to tarnish the performance.

Georgia got Jalen Carter back after he didn’t play in either of the last two games.

AD Mitchell traveled but did not dress. He has now missed six straight games with an ankle injury.

With Arik Gilbert suiting up and traveling, the Bulldogs made some adjustments to the travel roster. Defensive tackle Christen Miller didn’t make the trip to Jacksonville. running back Kendall Milton dressed for the game but did not play.

Darris Smith left the game after injuring himself on the opening kickoff of the third quarter. He was unable to put any weight on one of his legs.