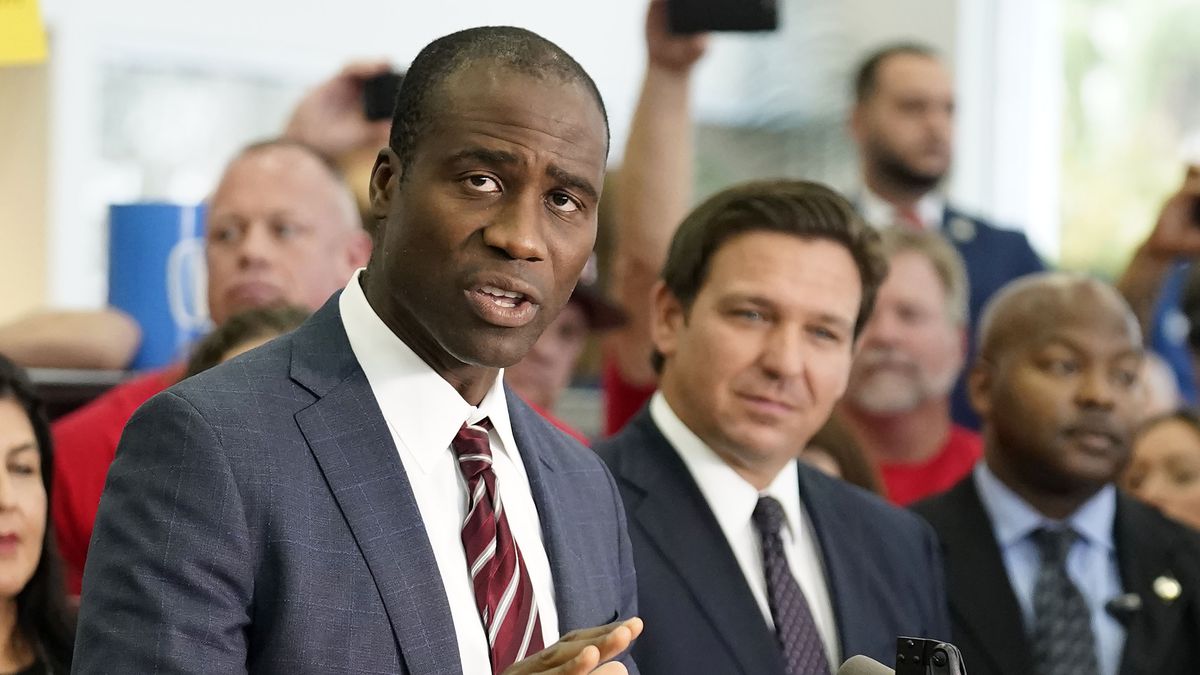 TALLAHASSEE — A key medical panel on Friday signed off on a proposed rule — pushed by Gov. Ron DeSantis’ administration — that would restrict Florida doctors from providing treatment to transgender people under 18, with a final decision next week likely to lead to a legal challenge.

A joint committee of the Florida Board of Medicine and the Florida Board of Osteopathic Medicine heard five hours of sometimes harsh testimony from experts, parents and the public — including transgender men and women and people who have “detransitioned” — before approving the proposal. rule.

The proposal, which is scheduled for a final vote by the full medical board on Nov. 4, would ban doctors from prescribing puberty-blocking, hormone and hormone “antagonist” treatments to patients under 18. The plan would also ban surgical treatment on minors. experts say it’s rare.

Friday’s action came after the Florida Department of Health filed a petition in July requesting a rulemaking process on the contentious issue of gender dysphoria treatment.

The petition proposed banning doctors from using medical procedures, such as surgery or drugs, to treat minors diagnosed with gender dysphoria, which the federal government clinically defines as “significant distress a person may experience when the sex or gender assigned at birth is not the same as their identity .”

The proposal, which was tentatively approved on Friday, would be prospective, meaning children already receiving hormone therapy or puberty blockers could continue treatment. The commission discussed requiring parents to sign a consent form to continue such treatment, but did not finalize the guidelines.

The committee also added a provision that would allow minors to begin receiving treatments such as puberty blockers if they are participating in a federally approved clinical trial at a university center. No such trials are currently underway in Florida, according to an initial assessment.

Chloe Cole, an 18-year-old from California, was among the detransitioners who recounted worsening mental health issues, complications from surgery and lax medical care during or after treatment.

Cole said she had a double mastectomy at the age of 15 and urged the committee to accept the proposal.

“All this talk about mental health and self-perception and pronouns and ideology leads me to this question: Why isn’t the mental health epidemic being addressed with mental health treatment to get to the root causes of why teenage women like me want to reject their bodies?” Cole said.

But Mary Flynn, a counseling psychologist whose 12-year-old daughter is transgender, advocated for gender-affirming childcare when appropriate.

“It’s a joy to raise this beautiful child and everything we’ve heard before is nothing I’ve ever heard before in any support group, from any doctor or anything,” Flynn said. “If we didn’t have this medicine, she wouldn’t be alive. … What you are talking about is waiting until the age of 18. Well, they won’t be here. This group will commit suicide.”

Get an overview of Florida politics

Political editor Emily L. Mahoney will send you a roundup of local, state and national politics every Thursday.

Want more of our free weekly newsletters delivered to your inbox? Let’s get started.

Explore all your options

LGBTQ advocates said that if the rule is finally approved, it will be challenged in court.

“There will undoubtedly be legal issues,” attorney Simone Chriss, director of the Trans Rights Initiative at Southern Legal Counsel, said during a news conference organized by the advocacy group Equality Florida.

Sujatha Prabhakaran, a Sarasota physician who treats transgender patients, called the proposal “medically dangerous and cruel.” She said she is not aware of any clinical trials like those in the proposal underway in the state.

“It doesn’t really surprise me, but as far as I can see right now, there are no trials going on here in Florida, and I think that again just points to the stigma and discrimination that trans people face here in Florida,” she said. .

Six experts invited to attend Friday’s meeting had conflicting views on gender-affirming treatment, with critics pointing to a lack of “quality evidence” to support it. Advocates, meanwhile, have argued that years of studies and practice show the treatment is safe and effective, and that refusing treatment can be dangerous.

Opponents of treatment have argued that gender dysphoria is a mental health problem that should be treated with psychological care.

“We’re talking about whether there are any randomized control trials” that compare groups of patients receiving hormone therapy or puberty blockers with those receiving mental health treatment, said Michael Laidlaw, a California endocrinologist. “We don’t have high-quality evidence based on that.”

“To put it firmly and positively, gender-affirming care for gender dysphoria meets generally accepted medical standards. It is not experimental or research. Gender-affirming care is supported by every major medical organization,” said McNamara, who specializes in adolescent medicine, adding that “this consensus is based on a solid body of evidence” from more than 16 studies.

The panel ran out of time to agree on how to require “informed consent” from parents and children already receiving hormone therapy or puberty blockers.

“We recognize that there may actually be some damage that we should stop,” said David Diamond, a Winter Park oncologist who chairs the medical board. “These people are receiving treatment. … The intent is simply to say that the rule allows you to proceed, but please understand that you need to be aware of these complexities.”

Ed Tellechea, a longtime medical board attorney, noted that the state has informed consent requirements for marijuana treatment and cataract surgery.

“When we did informed consent, we suggested these forms in several meetings and we’re not getting it right now. We get a broad outline of what you want to see,” he said.

During Friday’s session, Florida Medical Board member Zachariah Zachariah, who chaired the committee, warned audience members who erupted into cheers or jeers.

For example, LGBTQ advocates erupted after Zachariah announced that public testimony was over and refused to allow state Rep. Anna Eskamani, D-Orlando, to speak.

Zachariah reprimanded Eskamani, who told the jury he was a lawmaker.

“You should know better. … You know how the House runs in the state of Florida. So you should follow the same rules,” he said.

Related: As DeSantis focuses on Florida’s transgender children, here’s what you need to know

The treatment of transgender people, and especially youth, has become a hotly debated political issue in Florida and other states. Prominent medical groups and the Biden administration support treatment for gender dysphoria, while many Republicans, such as DeSantis, who is widely seen as a front-runner for the 2024 GOP presidential nomination, say the treatment should not be available to people under 18.

Also this year, the DeSantis administration issued a rule preventing Medicaid from paying for gender-affirming care for transgender people of all ages.

That rule is being challenged in federal court.

During a news conference Friday, Chriss, the attorney who represents the plaintiffs in the lawsuit, tried to reassure transgender Floridians and their families.

“We’ve got your back. We are actively litigating the Medicaid ban and we will fight this ban as well, and these things cannot stand. These people know it’s unconstitutional. They know it’s wrong and they do it,” she said.