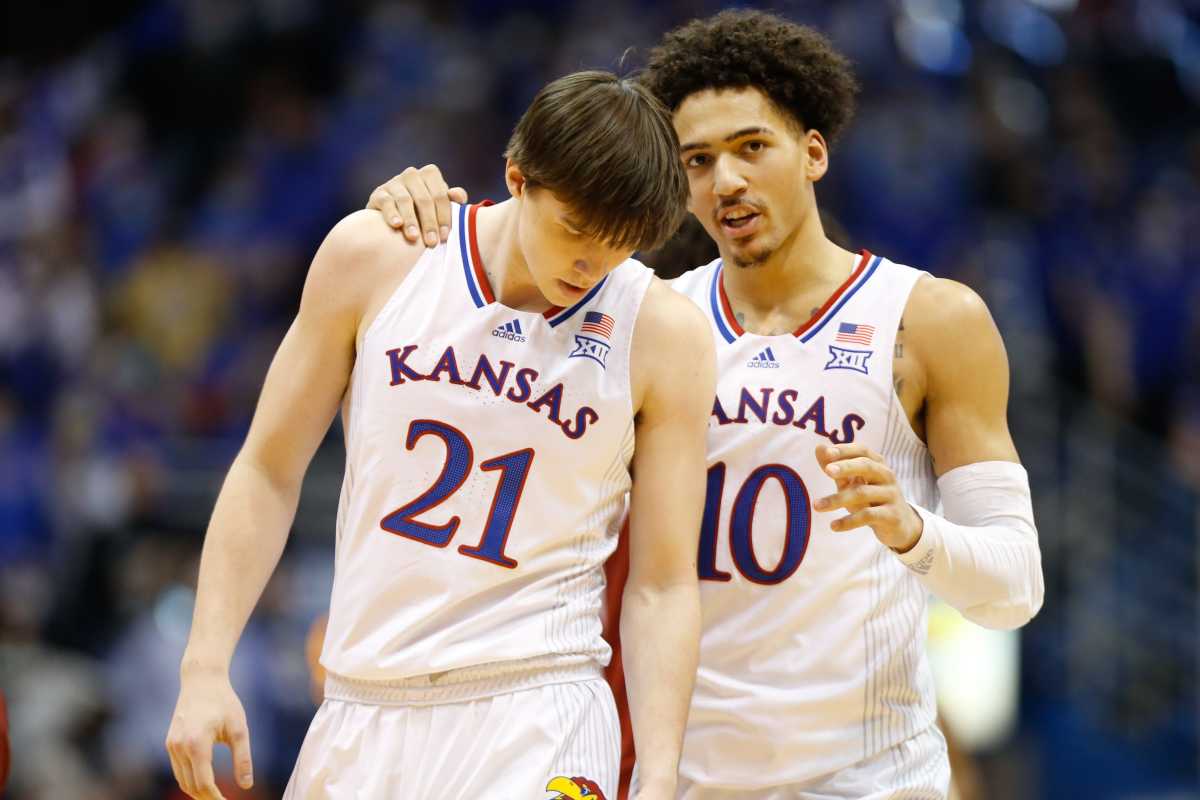 We’ve already ranked the entire non-conference schedule, but here are some games you absolutely need to tune in to.

The Kansas Jayhawks will be tested early in the season when they travel to Indianapolis, Indiana to take on the Duke Blue Devils in the State Farm Champions Classic. The two blue bloods will each go through some changes. With this game being the third game of the regular season, it will be a good test to see how both teams have changed their rosters and a gauge of where these teams are heading into the break.

The Blue Devils will finally move on from head coach Mike Krzyzewski and Jon Scheyer will take over full-time. The Blue Devils once again loaded up on five star recruits, specifically down in the paint. One of those players is 7’1″ center Dereck Lively. Lively was rated the No. 1 overall player in ESPN’s Class of 2022 and was also named the 2022 Pennsylvania Gatorade Player of the Year. He earned McDonald’s All-American honors and was voted Duke over North Carolina and Kentucky.

It will be a tremendous match for these two teams and again it will be a good test for both teams. It will be interesting to see how the Jayhawks match up to the size and athleticism of Duke.

The Kansas Jayhawks will travel to Columbia, Missouri on December 10th to take on the Tigers in the Hyvee Boarder Showdown. Given the historic rivalry between these two teams, this is undoubtedly a highlight match. Last year, these two teams met in Lawrence, Kansas, and the game was an absolute blowout. The Jayhawks would extend their winning streak at Allen Fieldhouse to 14 consecutive games. The Jayhawks would win by 37 points, which was Kansas’ largest margin since 1977.

The Missouri Tigers will start over as former head coach Cuonzo Martin moves on and new head coach Dennis Gates takes over. Mizzou will have several players returning and one of them is their leading scorer, Kobe Brown. Brown started all 33 games for the Tigers last season and led them in both averaging 12.5 points per game and rebounding with an average of 7.6. He was able to earn 2nd Team All-SEC.

The Tigers also recruited 6’8″ forward Aidan Shaw from Overland Park, Kansas. Shaw was a four-star recruit by ESPN and 247Sports. He won the DiRenna Award, which is given to the player of the year in the Kansas City metro area. Some past recipients include Tamar Bates, Christian Braun and Zeke Mayo .

The nostalgia that this series provides to so many fans is why it made the list. Regardless of the outcome, the fans will be up for this game and it should be fun.

The Kansas Jayhawks will take on the Kentucky Wildcats at Rupp Arena on Jan. 28 for the Big 12/SEC Showdown. Not only is this another matchup between two blue bloods, but the timing of this game is crucial. For Kansas, this game is wedged right in the middle of Big 12 conference play, and more importantly, it follows a game with the Baylor Bears. This will be a tough test for the Jayhawks and I would say this is the #1 key game on the schedule.

The two teams met at Allen Fieldhouse last season and the Wildcats were ready to play. They would go on to win that game 80-62, snapping a 17-game home winning streak for the Jayhawks. In the end, KU got the last laugh as they went on to win the national championship.

The Wildcats, like every year, have had many players enter the NBA draft and revamped their roster with top-level talent. This year is no different as head coach Joh Calipari brought in two 5-star and two 4-star recruits. One of those five-star recruits is small forward Chris Livingston. Standing at 6’6″, Livingston was ranked as the No. 12 prospect by ESPN. His accolades abound as he was named Ohio State’s Gatorade Player of the Year. He was also a McDonald’s All-American and was named a Jordan Brand Classic. He chose Kentucky ahead of Ohio State, Kansas and North Carolina.

I expect it to be a tough game because of the timing of the game, the fact that it will be on the road in a hostile environment and it will be followed by probably one of the biggest games in the Big 12. Everyone is tuning in for these types of games and with it being played in January, it will be a good a test to see where the Jayhawks are physically and mentally.

If we’re being honest, the entire Big 12 schedule will matter in the 2022-23 season. We saw how competitive this league was last year when it got to the very end. Many people would argue that the Big 12 is the best basketball conference in all of college basketball. It should be noted that for the second time in three years, the Baylor Bears are projected to win the Big 12. The Jayhawks are projected to finish 2nd followed by Texas and TCU. Each of these teams was fighting to finish the 2021-22 season.

Every year these teams play the best with Kansas. Kansas is a blue blood and missing out on a national title. Every team will want to dethrone the champions and I would expect to get the best out of the opposition in every game.

Join the discussion! Come chat about this or any of our Blue Wing Rising articles Discord Server.

Listen to the official podcast of Blue Wings Rising: The Rock Chalk Podcast.