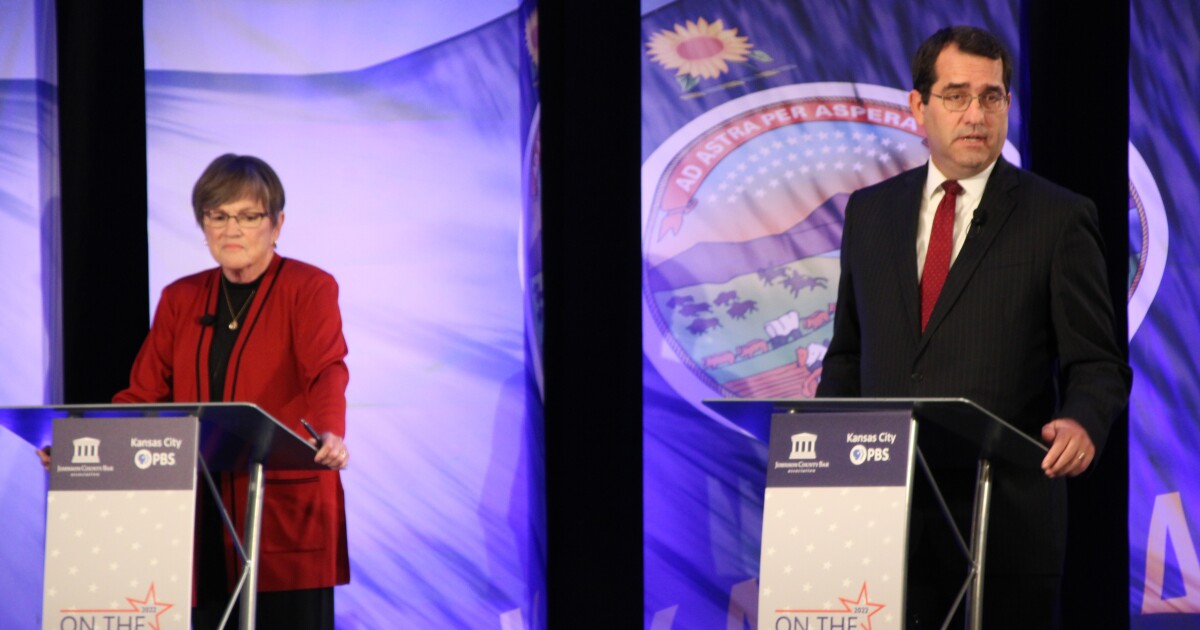 Kansas — a deeply Republican state that became a darling of national liberals by rejecting a potential abortion ban in August — heads into the Nov. 8 gubernatorial election with a fairly stark choice.

Democratic Gov. Laura Kelly is seeking re-election, arguing that she has led the state out of a stubborn budget crisis that followed tax cuts and cuts to government services by her Republican predecessors, Sam Brownback and Jeff Colyer.

It presents itself as a moderate middle class so business-friendly and forward-looking that it lured Panasonic’s $4 billion electric vehicle battery factory to the state.

Her main challenger, Republican Attorney General Derek Schmidt, portrays her as a liberal in step with President Joe Biden and blames inflation on their policies. He insists Kelly should have done more to make life more affordable for Kansans amid rising prices.

Both differ on the economy, education and abortion. They have different visions for the future of Kansas.

Here’s how the two leading candidates stand on the key issues:

Dylan Lysen reports on politics for the Kansas News Service. You can follow him on Twitter @DylanLysen or email him at dlysen (at) kcur (dot) org.

Kansas News Service is a collaboration of KCUR, Kansas Public Radio, KMUW and High Plains Public Radio focusing on health, the social determinants of health and their connection to public policy.

Kansas News Service stories and photos may be republished by news media free of charge with proper attribution and a link to www.ksnewsservice.org.