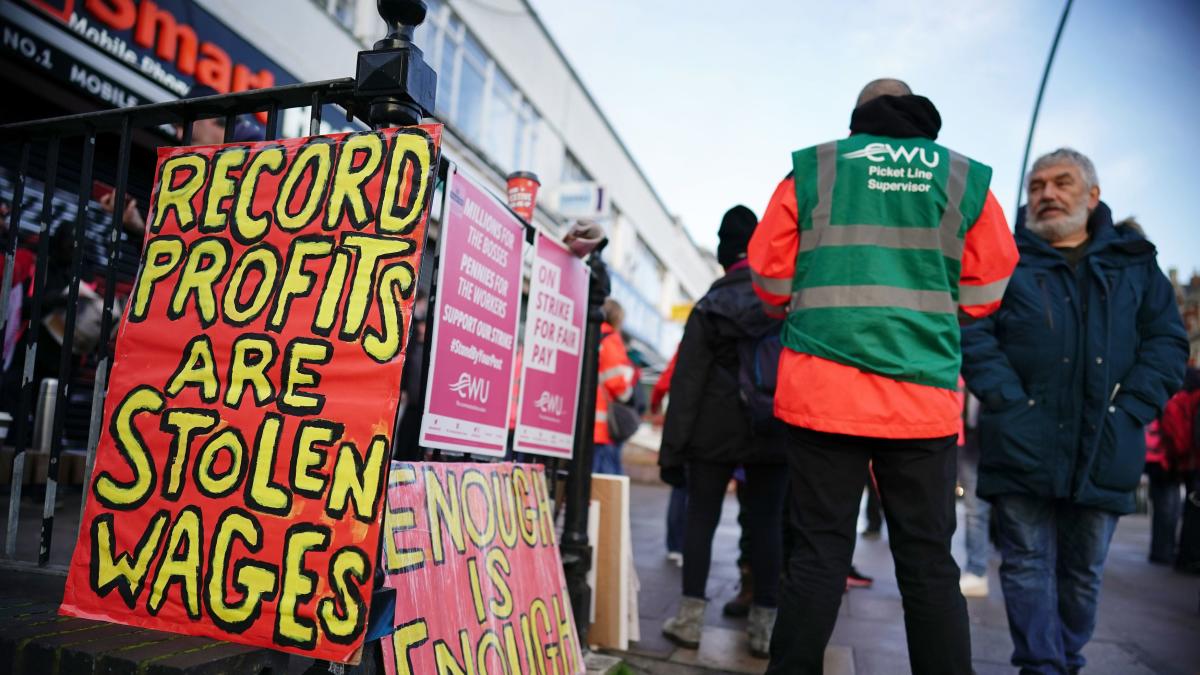 Royal Mail staff and university lecturers are going on strike on Friday over long-running disputes over wages, pensions, jobs and working conditions.

Members of the Communication Workers Union (CWU) and University and College Union (UCU) walked out for 48 hours on Thursday, with more action planned in the coming weeks.

On Black Friday, one of the busiest shopping days of the year, picket lines were once again set up outside universities and Royal Mail centers across the country.

Jo Grady, UCU general secretary, said 70,000 university workers went on strike on Thursday, adding: “They will no longer accept falling wages, pension cuts, brutal workloads and gig economy working conditions. If rectorates doubted the determination of university staff to save our sector, today has been a rude awakening for them.

“We have been overwhelmed by the support of thousands of students who have joined us on the picket lines. They recognize that rectorships wreak havoc on the industry for both staff and students and are determined to stand by us and fix it.

‘Our members deserve a decent pay rise and that’s what the money is for. Rectorates urgently need to address staff concerns now, or our 70,000 members will escalate this dispute into next year.”

University employers said they were taking steps to mitigate any disruptions, adding that the union was seeking an “unrealistic” wage increase of 13.6%, which would cost institutions around £1.5bn.

The CWU has rejected Royal Mail’s latest offer and will continue with more strikes, including today and Christmas Eve.

A CWU spokesperson said: “Millions of customers and thousands of small businesses rely on the quality services Royal Mail employees provide over Christmas.

“But Royal Mail bosses ignore those responsibilities and plow ahead with schemes that destroy the livelihoods of their entire workforce.

“We call on the government, media and all small businesses to demand that Royal Mail handle this dispute maturely.

“Thousands of workers are not going on strike for fun at Christmas, they want to reach an agreement.

“But they don’t let themselves roam around everywhere and their lives are ruined by the employer’s reckless, careless behavior.

“Until Royal Mail sees some sense, this dispute will continue.”

In response to claims made by the CWU about how postal workers were treated, a Royal Mail spokesperson said: “We will not tolerate any form of bullying or harassment.

“Over the past four months, we have witnessed appalling behavior on the picket line, including accusations of racist and sexist behaviour.

“In any event, we took swift action to appropriately punish those involved.

“We encourage anyone with concerns to come forward – we have a confidential whistleblowing procedure and will support any colleague who comes forward.”