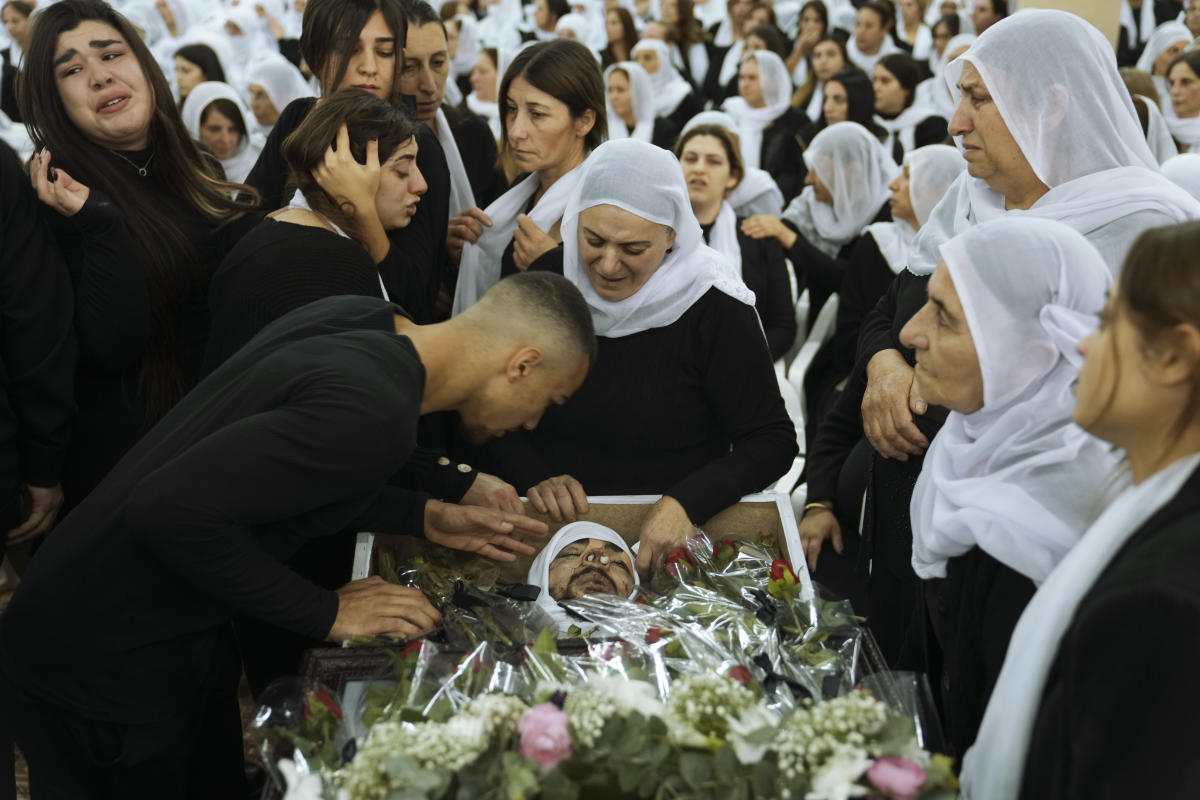 JERUSALEM (AP) — The body of an Israeli teenager snatched from a West Bank hospital by Palestinian militants was returned to his family Thursday, the Israeli military said.

The teenager was from the Druze Arab minority in Israel. Its members serve in the Israeli security forces and also have ties to Palestinians. The incident threatened to exacerbate already boiling tensions between Israel and the Palestinians.

The family of 17-year-old Tiran Fero said Palestinian militants in the occupied West Bank town of Jenin entered the hospital where he was treated after a car accident. They disconnected him from the hospital equipment while he was alive and took him away, according to his father, Husam Fero.

The Israeli army said Tiran Fero was already dead when he was snatched and the circumstances of his death are still under investigation. The military offered no evidence and Fero’s father did not comment on his claim that his son was alive when he was taken.

An Israeli military official said the return of the body was carried out by the Palestinian Authority, which exercises limited autonomy in parts of the West Bank, and that no negotiations were held with the gunmen who held the body. The official spoke on condition of anonymity in accordance with regulations.

Akram Rajoub, the Palestinian governor of Jenin, told Israeli public radio Kan that the kidnapping of Fero’s body was “a big mistake” and that Palestinian officials have made great efforts to secure its release. He offered his condolences to Fero’s family and the Druze community.

It was not immediately clear what prompted the kidnapping and no militant group has claimed responsibility for the act. Palestinian militants have committed kidnappings in the past to solicit concessions from Israel.

“This is a fundamental humanitarian measure after a horrific incident,” he said.

The incident angered the Druze community, who demanded that the body be returned.

Police said on Thursday they were investigating an incident in which three Palestinian workers were allegedly attacked by residents of the predominantly Druze village of Yarka in the Galilee. Police said officers found and freed the three wounded and tied up Palestinians.

Police did not say whether the incident was related to Fero’s kidnapping.

Also Thursday, thousands of mourners took part in the funeral of two Palestinians who had died of injuries they had previously suffered from Israeli fire. A 22-year-old civilian, Mohammed Abu Kushuk, was wounded on Tuesday night during an Israeli raid in Nablus. Militant Mohammed Herzallah, 30, was wounded in clashes with Israeli forces in July.

More than 130 Palestinians have been killed this year in Israeli-Palestinian fighting in the West Bank and East Jerusalem, making 2022 the deadliest year since 2006.

The Israeli army says most of the Palestinians killed are militants. But stone-throwing youths who protested against the raids and others who were not involved in confrontations have also been killed.

Another eight Israelis have been killed in a new wave of Palestinian attacks in recent weeks. Two explosions at two bus stops in Jerusalem on Wednesday killed a teenager and injured at least 18 people.