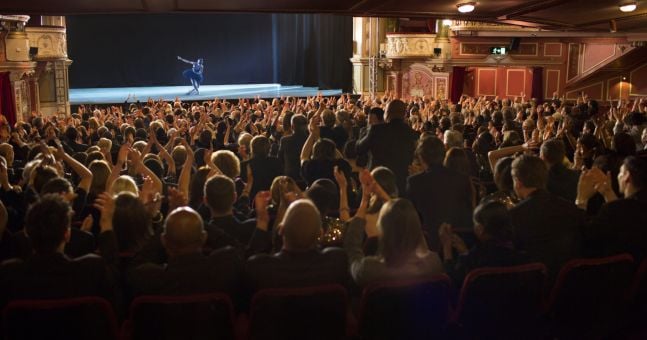 Get your dose of live performance in Dublin this month with these spectacular shows.

Looking for some evening entertainment in the city center? Fortunately, Dublin has no shortage of incredible theatres, all offering a brilliant line-up of performances in the run up to Christmas.

If you’re planning a visit to Dublin this month, this year’s Winter in Dublin program is packed with events celebrating the best of the arts, including critically acclaimed theatre, brilliant comedy and must-see musicals.

With that in mind, here are some must-see theater shows taking place in Dublin in November…

The beloved festive comedy, Orson Welles’ Christmas Carol, returns this year, promising a hilarious festive night out suitable for audiences of all ages.

The play, which runs at the Smock Alley Theater until December 17, is based on true events and tells the story of radio superstar Orson Welles and his Mercury Theater gang. It prepares to present A Christmas Carol live in New York on Christmas Eve 1938 and follows the chaos that ensues when the group loses their Scrooge prior to the big performance.

Orson Welles and his Mercury Theater troupe are ready to go with their Dickens radio play #A Christmas carol! Only 1 problem, Lionel Barrymore can’t play Scrooge. Can Orson rally the group in time before they go live on the air? Come on find out @smockalley December 6-17 pic.twitter.com/T5VxiTg0k1

For one night only on November 24, the Pavillion Theater will screen a live recording of the popular London Theater Live show, Straight Line Crazy.

Starring Ralph Fiennes, Straight Line Crazy tells the story of Robert Moses, an urban planner and government official in New York. Although he was never elected to office, Moses was considered one of the city’s most powerful individuals, a master manipulator whose legacy and determination changed the city forever.

Stories by candlelight at The Sugar Club

Halloween may be over, but there’s still a lot to gain from delving into Ireland’s eerie mythology and folklore. Candlelit Tales, returning to The Sugar Club on November 22, does just that, offering a night out filled with compelling mythology and storytelling.

Featuring brother-sister storytelling duo Aron and Sorcha Hegarty, this event uses music to tell these gory myths and legends in a new and compelling way.

Cézanne, Portraits of a Life at the Pavillion Theater

For art lovers, an unmissable insight into the work and life of 20th-century artist Paul Cézanne will be streamed at the Pavillion Theater on Wednesday, November 30.

For one evening only, audiences will get a unique glimpse into the mind of one of the most celebrated Impressionists of the time. Narrated by Brian Cox and filmed at the National Portrait Gallery in London, the film takes you through Cézanne’s life and work, through expert interviews and correspondence with the artist herself.

Beauty and the Beast at the Bord Gáis Energy Theater

Calling all Disney fans! Beauty and the Beast will take the Bord Gáis stage later this month as part of its tour of the UK and Ireland, promising a truly magical adaptation of the much-loved original film.

From November 24, the classic fairytale will be brought to life on stage like never before, reimagined and reimagined in an all-new production created by the original award-winning creative team. Expect captivating musical performances, dazzling sets and an unforgettable adaptation of an age-old story.

Find a full schedule of Winter in Dublin events at VisitDublin.com